Are you ready for a special round of Bookish Bingo? If you didn’t know June is Audiobook Month, we’re celebrating our love of listening to Audiobooks with this bonus Bookish Bingo board.

Join us and conquer your Audiobook TBR!

Click here to read the rules and download your Bookish bingo card below. Make sure you share your progress with us by using #BookishBingo on social media. Let us know what books you’re reading for each prompt below!

When you get bingo shout it out here and we’ll congratulate the winners each month in our newsletter. 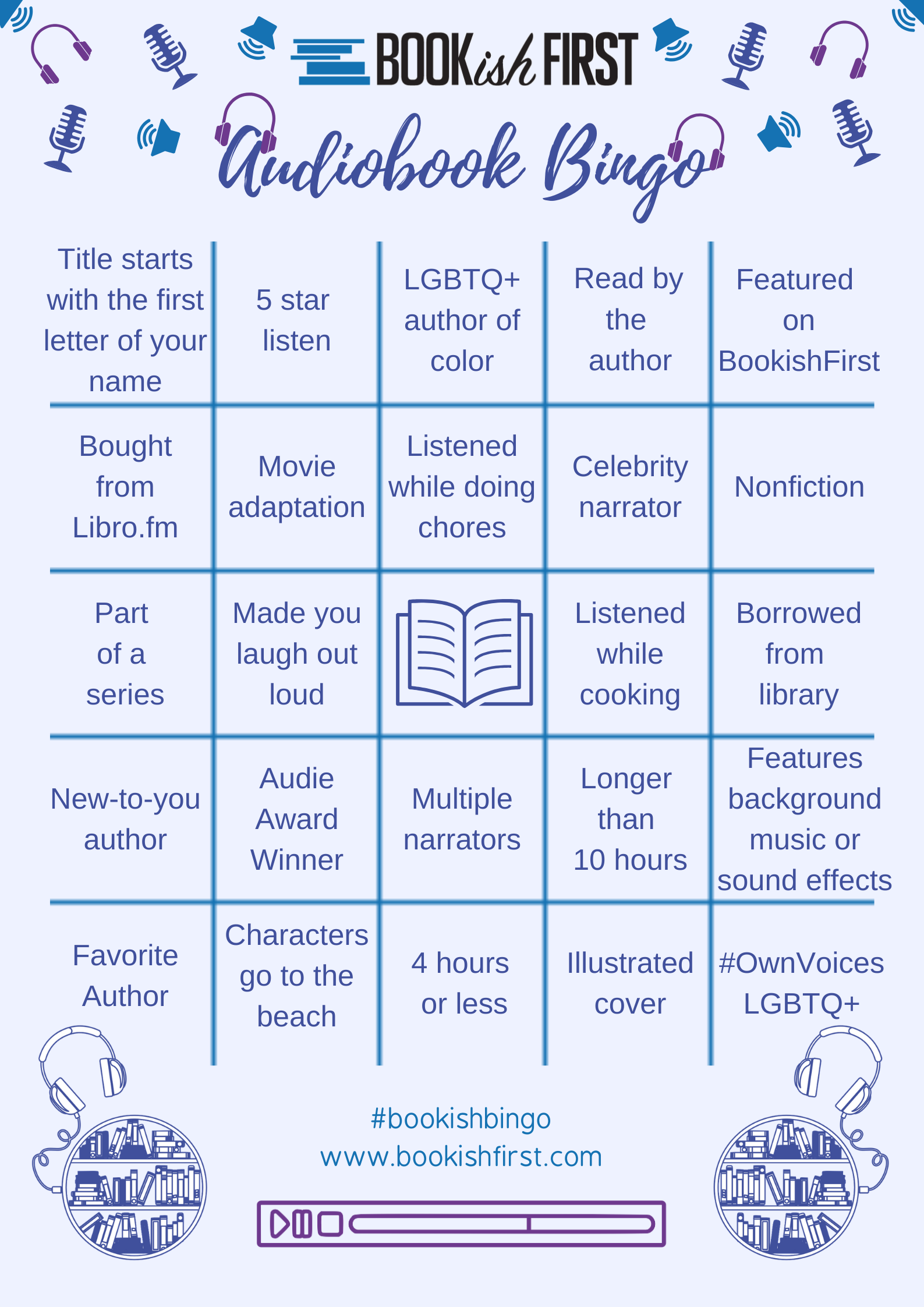 These are all awesome but one question:
What exactly is meant by Illustrated Cover? Like something drawn or graphically designed not a photo?

You can count any cover that doesn’t feature a real life photo of a person, place or thing. Like the cover of The Shadows or The Kiss Quotient would count as illustrated. This one is mainly prompt people to read fiction, since nonfiction audiobooks are very popular.

Oops—posted in the wrong place. Here’s my Bingo. About Bookish Bingo 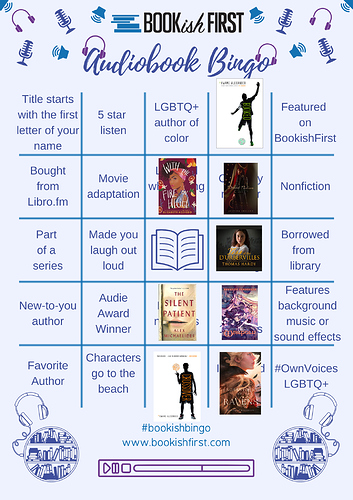 What an epic reading month! Congrats on your bingo 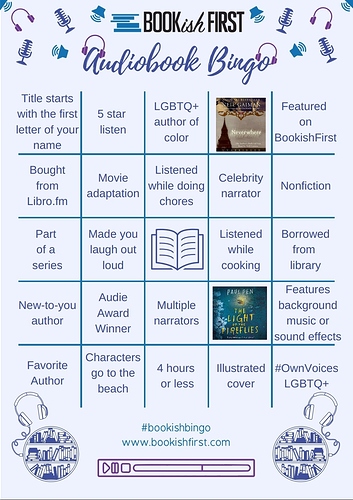 Loved this Bookish Bingo Challenge and so excited to have gotten a BINGO!

And a couple of bonus entries:
LGBTQ+ author of color: All Boys Aren’t Blue written and narrated by George M. Johnson
4 hours or less: Once Ghosted, Twice Shy by Alyssa Cole, narrated by Karen Chilton 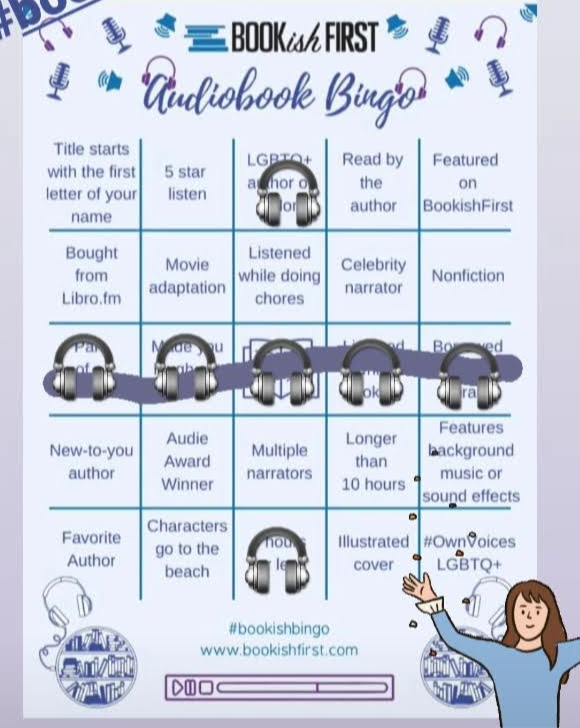 I’ve still got 2 books I am almost done with and 9 hours…it could happen!

Here’s my card so far…thanks for a fun challenge. 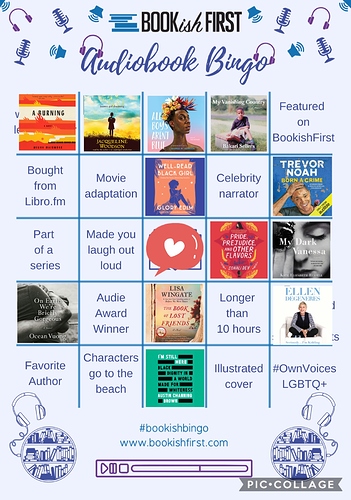 Even if you don’t finish the other two books, congrats on your great reading month and your bingo!

Here is my completed Audiobook Bingo card! Loved all of these: 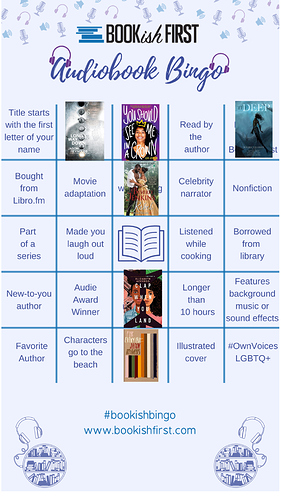 No bingo but this is my first time trying this and its fun! I’ll try harder next month! 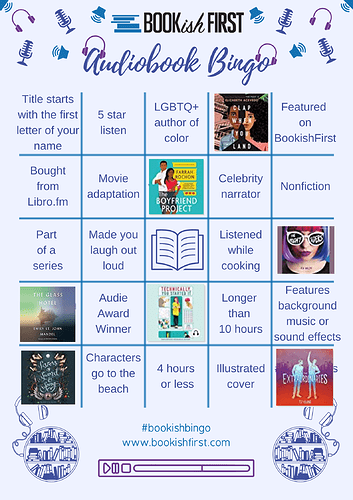 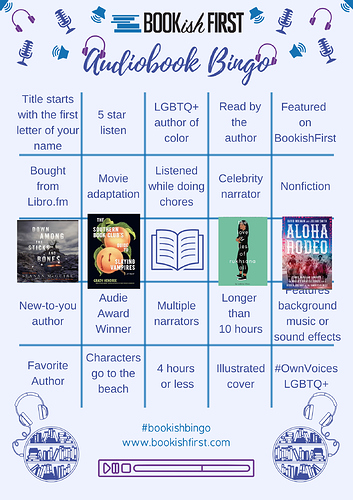 image1587×2245 870 KB
I finally was able to get a BINGO! I’ve attempted many months & never come close. And this month I listened to less audiobooks than usual and read more print books than usual. Go figure.
1 Like